I’ve done several thousands of creative transformations of ordinary photos, but I never get tired of making them.  They live squarely at the center of my metaphorical Riyadh.These days, I am experimenting with combining two or more transformations to make even newer transformations. The following are two creative images I made last year. I don’t even know how they originated, but I’ve recently combined them and played with them to make the image I now use as my blog header.

It won’t last. A few weeks or months from now, I’ll choose another one to use on the header. 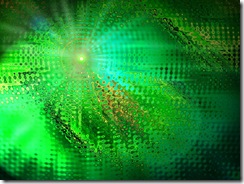 At first glance, I may appear to be a middle-aged American woman with kids, grandkids, retired from a job in a hospital, gratefully relieved from the responsibilities that come with all of that. Behind the image, which is true enough, I am fairly unhinged from much of American mainstream living, having spent twelve years in Saudi Arabia, years that sprung me from societal and familial impositions, and narrow bands of truth. I have learned to embrace my sense of identity as a seeker, an artist, and a writer. I study Arabic and Italian language, because I love them, and I love their people. I still dream of spending more time in the Middle East and Italy, though the dreaming now seems more real than the possibilities. I am a photographer. I write, and sometimes publish, flash memoir, and now a blog or two.
View all posts by Marahm →
This entry was posted in Digital Imaging, photography, Photos. Bookmark the permalink.