My Whiff of War

On the morning of Jan. 16, 1991, my phone rang. The light of dawn had not yet entered my bedroom window. I answered on the second ring,  knowing what I’d hear.

“The war has started! They’ve struck Baghdad!” The voice of my friend Ghadeer pierced me like a skate landing on thin ice. We lived in Riyadh, Saudi Arabia, and we knew that any war close by would impact us directly.

I popped up from my bed and grabbed the tape. I had not tapped my windows. The hospital housing department had advised all residents to do so, but I had been lazy, or perhaps in denial that Riyadh lay in the line of fire.  Now the war had started, and if a bomb landed nearby, the windows would shatter, sending wedges of glass all over the apartment, and on me. My hands shook as my heart rate climbed. I scolded myself.

I should have gotten out of here two weeks ago. Now it’s too late, the airports are closed. How could I have imagined that staying here would be safe, even exciting, with scud missiles flying over Riyadh? What is the matter with me?  This hospital doesn’t need me, even if we receive masses of injured people in the ER. Now it’s too late. Half the Riyadh population has left the country. Saudis, themselves, have left.  Now I am stuck, at the bottom of an oil well that has caught fire above my head.

As I climbed on a chair to reach the top of the window, I heard– or imagined I heard– the sudden, low rumble of a missile as it exploded into a building some place in Riyadh. I thought about my friend Asma, who lived in the city. I thought about my other friends in our social circle of Western women living in Riyadh. I remembered our happy gatherings, how we dressed up, wore our gold and laughed, and told our stories, and how we studied Islam and Arabic together at Dar Adthikr,  the local Islamic school for non-Arabic speakers. I remembered how we joked about Riyadh being so quiet, so slow, so dull.

The tape slipped from my hands, and I stumbled off the chair to pick it up, nearly flipping the chair and landing on my backside. What defense would be provided by taping my windows?

Why am I doing this? If a bomb lands close enough to shatter the windows, a few strips of tape will not restrain the mess. I’d be better off to hide in the safest part of the apartment— the bathroom.

Located furthest inside, surrounded by walls of other rooms, and having no windows, the bathroom could protect me. I ran into it and closed the door, grabbing the radio along the way.

I took wudu and started to pray two rakas. Then I remembered we are not supposed to pray in bathrooms, so I sat on the floor, leaned against the bathtub and made dua. I stayed there till after Fajr, hunting for English language radio stations as they faded in and out of reception, imagining that someone would find my body under the collapsed bathroom walls, and wonder whether I’d suffered. My family would cry in anger and grief,  knowing that my fate would have been unnecessary and perfectly avoidable. I had arranged for an exit visa three weeks ago, and could have left the country two times for every day since.

When I opened the bathroom door to the full light of day, I decided I had overreacted.

Missiles exploded in Riyadh every other night. On quiet nights, we knew that missiles were exploding in Israel. All non-critical patients had been discharged from the hospital, and we stood at work with little to do except gossip, exchange rumors, and scare each other with doomsday predictions. My Syrian and Palestinian colleagues had survived other wars already, and did not feel the need to leave Riyadh. I suppose they had become used to such an atmosphere, but I had never seen it. Two weeks into the war, I lost my composure, yelled at my boss in public for a minor matter, went home and packed a suitcase.

The US Army offered seats on military aircraft for Americans who wished to leave after the civilian airport had closed.  “I can’t tell you where you’ll be landing,” said the person who took my phone call. “The destination is secret until just before departure.”

“I don’t care where you dump me, just get me out of here.”

Shortly before departure, I learned that we would be deposited in Madrid. There, we’d get a bed for a night, and then we’d be on our own. That’s all I needed; I took a taxi to the military airport.

I was surprised to see that the interior of the plane held just one row of seats lining each side, and that I’d have to sit perpendicular to the direction of travel, on a metal seat, against a metal backrest, and nowhere to look but across the width of the plane to my compatriots. There were no windows!  This was a cargo plane. For sure, I would vomit.  I managed to swallow a tablet of Dramamine without water. I curled up trying to get warm, because there was no heat. Only passenger planes are heated. There was no muffler. Only the cabins of passenger planes are insulated against sound. As this plane gained altitude, I became colder and colder. The engines gained speed, and whined louder and louder. I tried counting their reverberations, telling myself that each revolution took me closer to landing safely. All I had to do was sit there. The noise, darkness, cold and turbulence of that flight seemed to last all night, and the Dramamine did not work as well as usual.

This is a military plane, and you are on an evacuation flight. What did you expect– first class?

In Madrid, my fellow evacuees ignored me and each other. We had entered the mind-set of self-preservation; no one mattered except ourselves, and we all headed in different directions. I remembered enough Spanish to walk to the nearest travel agency and book an immediate flight to Paris, and then on to New York. Once again on board, this time on a cushioned seat of a heated commercial flight, I thought about what had happened.

Those first two weeks of Desert Storm gave me a whiff of white hot fear, and a profound regret for the rest of my life that might not be lived. All I wanted was to tell my family I loved them, and then to know what would become of me. Whoever said, “The first casualty of war is truth,” knew something. I had no way of knowing what was true or untrue regarding this war. The uncertainty, coupled with the constant rumors that had flashed unrestrained throughout the hospital those first weeks of war intensified my sense of doom, kept my limbs light with adrenalin, my heart beating so strongly I nearly heard it from outside my body. My  eyes stayed wide in constant surveillance, and my skin became hypersensitive to movements happening behind me. I had activated the survival instinct, and I knew it would surpass civility. I’d do anything to preserve and protect myself. Often, I wondered whether people living in Palestine and other war zones felt the same way, or whether they had gotten used to war.  My assorted Arab colleagues seemed to have incorporated it into their lives. They rarely mentioned their personal losses, their familial traumas, their shock and fear, and I was ashamed to ask.

I stayed two weeks in the refuge of my parents’ home in Wisconsin. Then, I flew to Cairo to visit a friend and wait out the war. One night, after a lovely meal in a cute restaurant, we walked along a busy street and saw people waving and shouting with joy from the windows of their cars, and we knew that the war had ended. A week later, after the Riyadh airport reopened, I returned to resume the routine I had established before the war. Patients streamed back into the hospital, and it all might have been a bad dream. The only markers I saw in the city were a couple of blown out buildings, now petrified and deserted. Amateur photographers framed their photos of missiles exploding over Riyadh. Everyone wanted a photo to post on living room walls.

We started enjoying ourselves again, resuming work and collecting paychecks, going out for dinner, shopping for Oriental rugs, gold, and souvenirs to take back to the States. The war had ended, and we had survived.  A giddy sense of privilege infused the Western expatriates, but we knew. We knew that, “There, but for the grace of God, go I.”

I never saw blood, never lost a friend, let alone a family member. My eardrums were never shattered by the boom of a missile tearing up my home, flinging bodies and parts of bodies, of my family, friends, and neighbors here and there. I never missed a meal or slept in the street. For all my terror and anxiety, I never saw war. I merely brushed along its sidelines, and moved away when I decided I’d had enough. 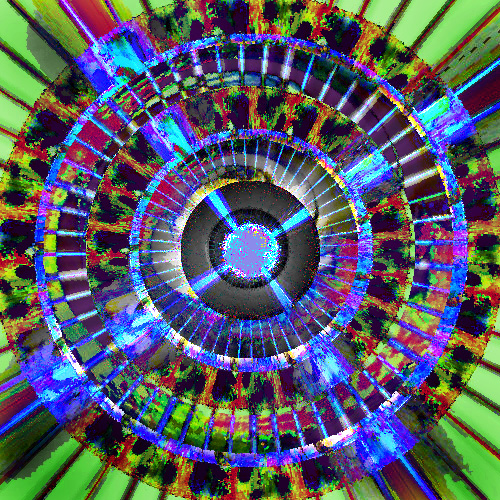 At first glance, I may appear to be a middle-aged American woman with kids, grandkids, retired from a job in a hospital, gratefully relieved from the responsibilities that come with all of that. Behind the image, which is true enough, I am fairly unhinged from much of American mainstream living, having spent twelve years in Saudi Arabia, years that sprung me from societal and familial impositions, and narrow bands of truth. I have learned to embrace my identity as a seeker, an artist, and a writer. I study Arabic and Italian language, because I love them, and I love their people. I still dream of spending more time in the Middle East and Italy, though the dreaming now seems more real than the possibilities. I am a photographer. I write, and sometimes publish, flash memoir, and now a blog or two.
View all posts by Marahm →
This entry was posted in Memoir, Saudi Arabia and tagged Desert Storm, Gulf War, Riyadh, war. Bookmark the permalink.

20 Responses to My Whiff of War